Meringues are one of those fabulous little things that people love to eat but are often too intimidated to make for themselves. I’d always thought they were complicated and best left to those special Aunts (P, J and F) who were known for their magical powers in the kitchen. It was necessity that headed me in the direction of the meringue…A few years ago I’d been experimenting with crème Anglais and custards, using lots of egg yolks, and wondering what to do with all the whites. I would make meringues.
I dragged out the recipe books only to discover opinions on making meringues were divided…some cooks added vinegar, some cornflour… and the ratio of whites to sugar varied immensely. Eventually I thought I’d start with the most simple recipe of just whites and sugar. The first batch was, miraculously, a resounding success. I could imagine my Aunties winking, knowingly, as if I’d just discovered the secret of life and entered their most exclusive little coven! Meringues have been part of my dessert repertoire ever since.

I’d been going through an intense writing frenzy… two, three, four thousand words a day, typing away while the ideas were hot… and then the brain melt down happened. I kept staring at the screen, re-reading the same paragraph over and over, not seeing the errors, failing to put together intelligent sentences. I needed a break… and knew the best cure would be a bit of therapeutic procrastination in the form of cooking. 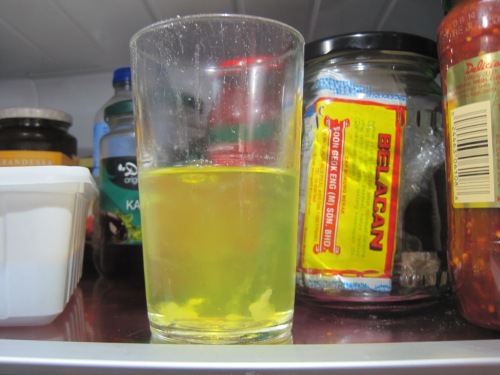 I headed downstairs to the kitchen and wondered what to make. The egg whites were still in the fridge, I hate waste, and had been loathe to throw them out. They keep for ages, although sitting them next to the jar of stinky fish paste was probably pushing my luck a bit. I took them out, sniffed the glass and came to the conclusion that the whites were perfectly fine. MERINGUES, that’s what I would make. Simple and something my frazzled head could easily cope with!

1 cup of castor sugar (cane rather than beet sugar).

Place egg whites into deep bowl and mix on high-speed.

Continue until soft peaks form and whites have tripled (approximately) in volume.

While beaters are still going, slowly sprinkle in sugar and beat till all sugar is dissolved.

Mixture should be thick, glossy and look like molten marshmallow.

Fill the bag with mixture, seal the top, making sure there is no air in the bag.

Begin piping on a non-stick baking sheet. You can line with silicon paper if you’re worried about meringues sticking.

And carefully squeeze out,  in a circular motion, first a flat round base, then pipe a few layers around edge of disc to form a cup.

Like this. Don’t worry if they’re not all the same, mine never are!

When you have run piped the last of the mixture place baking sheet in oven.

The baking of meringues is a long slow process and could take two or three hours. I know my oven really well and at this stage would be happy to pour myself a glass of Soave, plonk myself on the couch and watch crap T.V. for the next couple of hours.  But if I wasn’t so sure of my oven I would keep checking every 30 minutes, adjusting temperature so as not to burn, for the next two hours at least. You know the meringues are done when they are bone dry and have turned a pale caramel pink.

When they are done let them cool.

Then place them in an airtight jar where they will keep for weeks and weeks and will be on hand for that perfect little dessert when you really can’t be bothered cooking!

And for a gorgeous simple sweet treat fill the little meringue cases with whipped cream and top with your favourite fruit and amazingly you’ve created the famous Australian Pavlova.

P. S. What do you do with your left-over egg whites?