Looking for Pho and finding so much more… 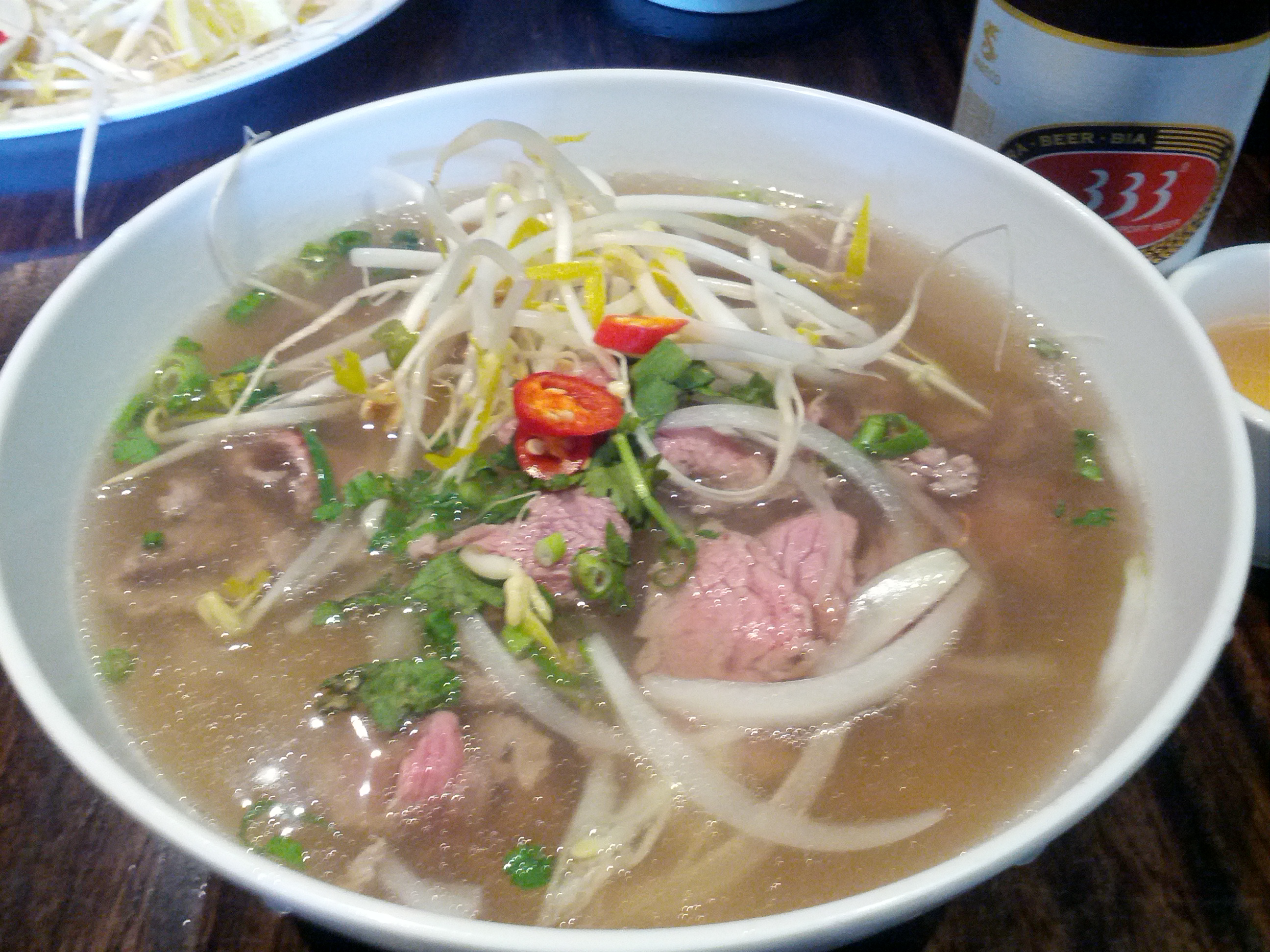 I’d been craving a bowl of that delicious, aromatic Vietnamese soup Pho. My favourite restaurant to satisfy this need is Than Phong on Victoria street Richmond and only a pleasant 30 minute walk away. Victoria Street is often called ‘Little Saigon’ because of its wonderful array of Vietnamese shops, supermarkets and restaurants and is one of Melbourne’s great Eat Streets.

My husband and I agreed that on this fine Sunday a walk would be good, we could stock up the pantry and finish up with a soup for lunch. 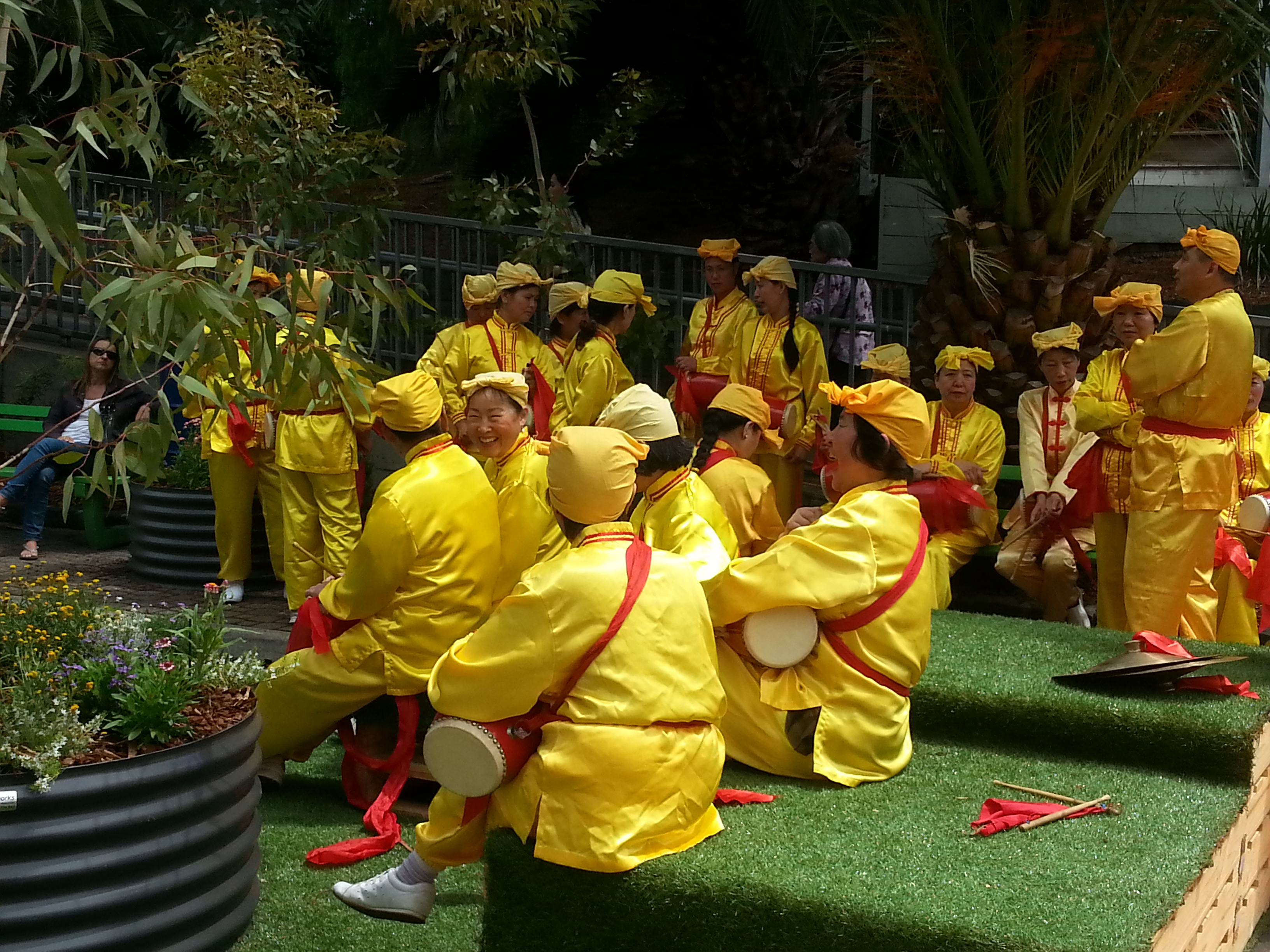 We crossed busy Punt Road and noticed that the normally choked Victoria street was strangely quiet and I couldn’t quite understand why this group of drummers was hanging out on an AstroTurf platform.

The two guys at the road-block soon explained that the street had been closed off because it was the Vietnamese Lunar New Year Festival.

As we got closer it was evident that a full scale street party was going on. And honestly I was a bit pissed off. Hungry and grumpy, fighting the crowds was just not part of the plan. 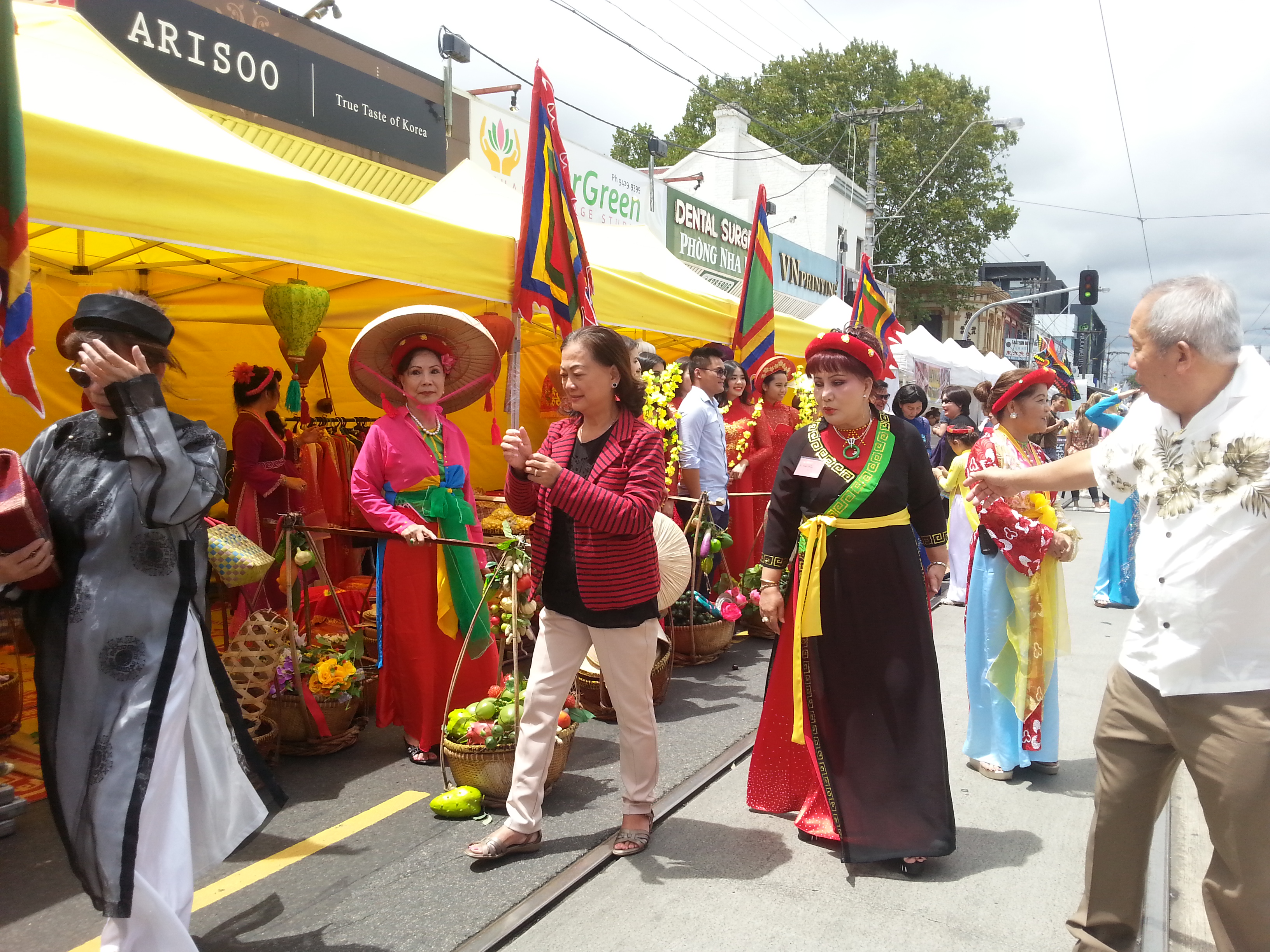 But these beautifully dressed women put a smile on my face, so I got over my petulance and decided that the delicious smells were a very good reason to continue.

Barbecues were fired up and it soon became apparent that there was all sorts of interesting things to choose from. 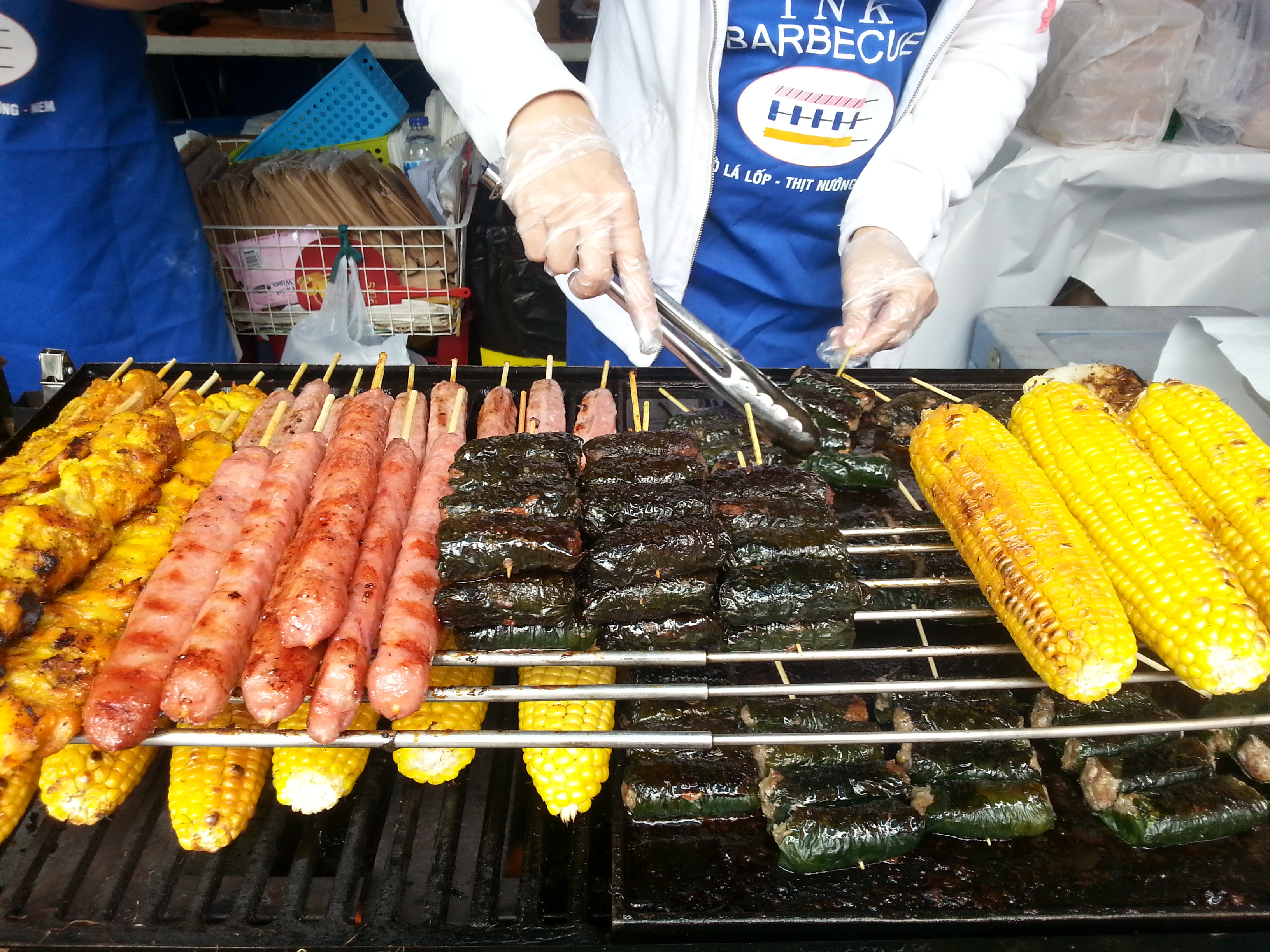 An obvious first choice was one of my all time favourites, bo la lot, tiny little beef sausages grilled in Betel leaf. Four on a skewer was barely enough…but I had to make room because there was just so much on offer!

These whole calamari looked amazing and I wondered if I could buy them like this for my next barbecue?

The steamed pork buns were as good as any I’d eaten in Chinatown.

And a bag full of crispy salt and pepper calamari was a perfect part of this moveable feast.

Chicken and beef skewers dipped in the classic nuoc mam dipping sauce were impossible to resist!

But I wasn’t quite game enough to give the snails a go…not this year anyway!

Surely there was room for a small prawn and mung bean cake?

Or a sweet banana fritter? 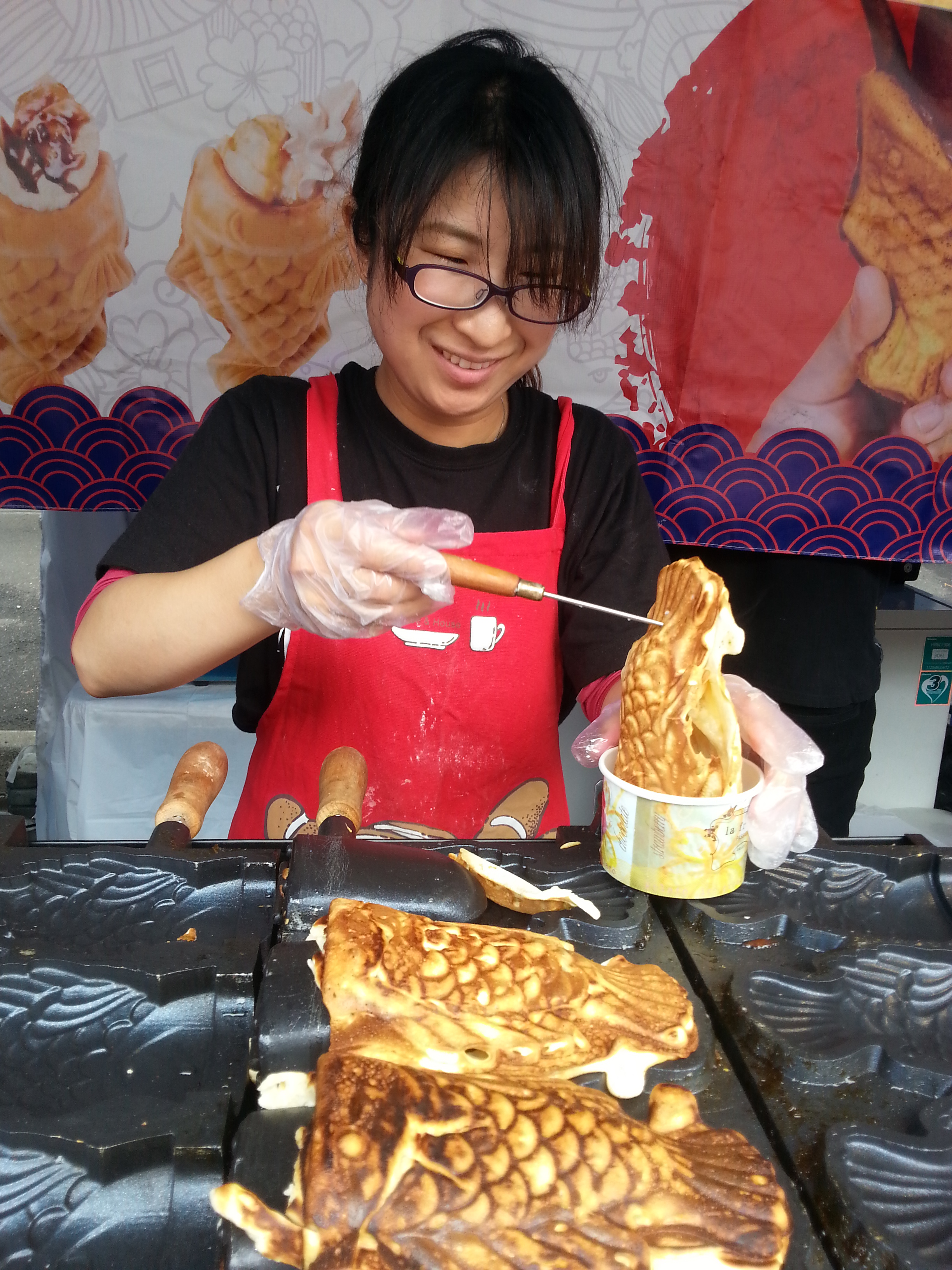 Or a fish shaped waffle cone?

Or a refreshing glass of sugar cane juice? So much to choose from, so little room left! 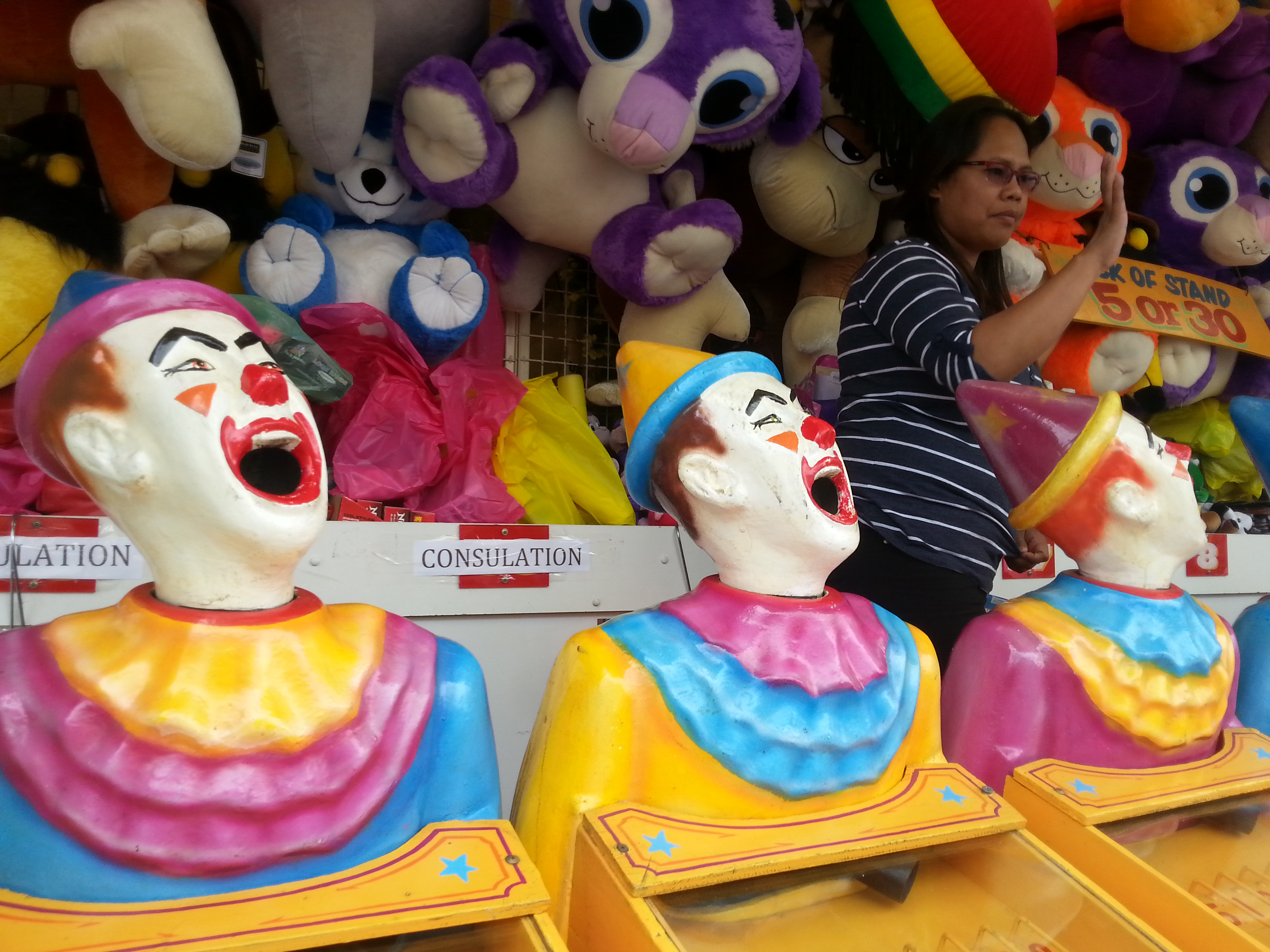 There was stall after stall of delicious treats to try. But it wasn’t all just food and there was also lots of old school carnival games and rides…if I was a laughing clown there would be absolutely no room for anything at this stage of the afternoon!

Then I observed the lucky dip, Vietnamese style and wondered what tales of good fortune those envelops might reveal.

In a side street opposite the Aldi supermarket a woman was singing and I liked that the banner wished us a ‘Happy Australia Day’. 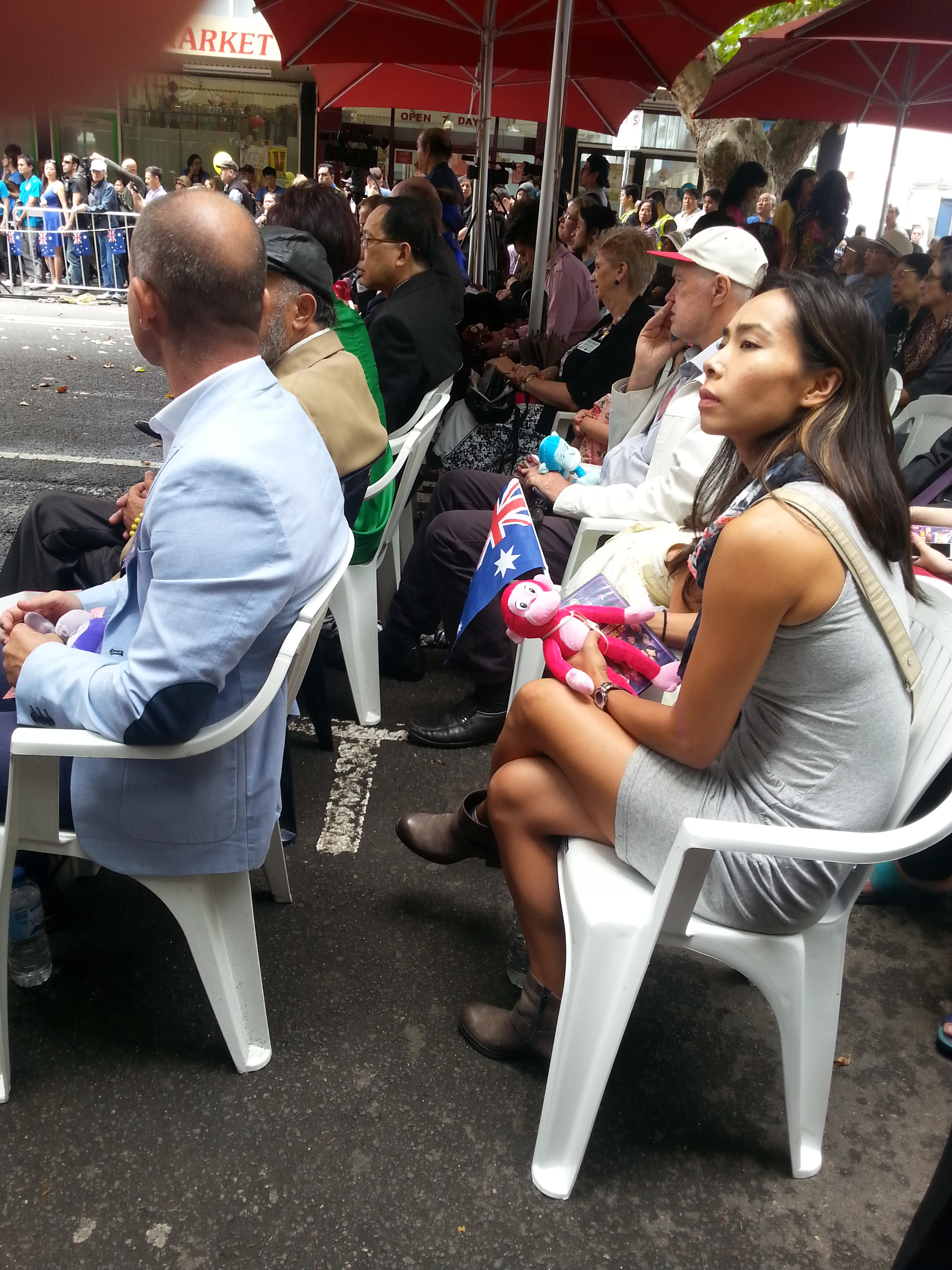 And I noticed this young mum in the audience holding an Australian flag for her little girl who was climbing up on the seat to get a better view of the stage. I wondered what her family’s story might be? 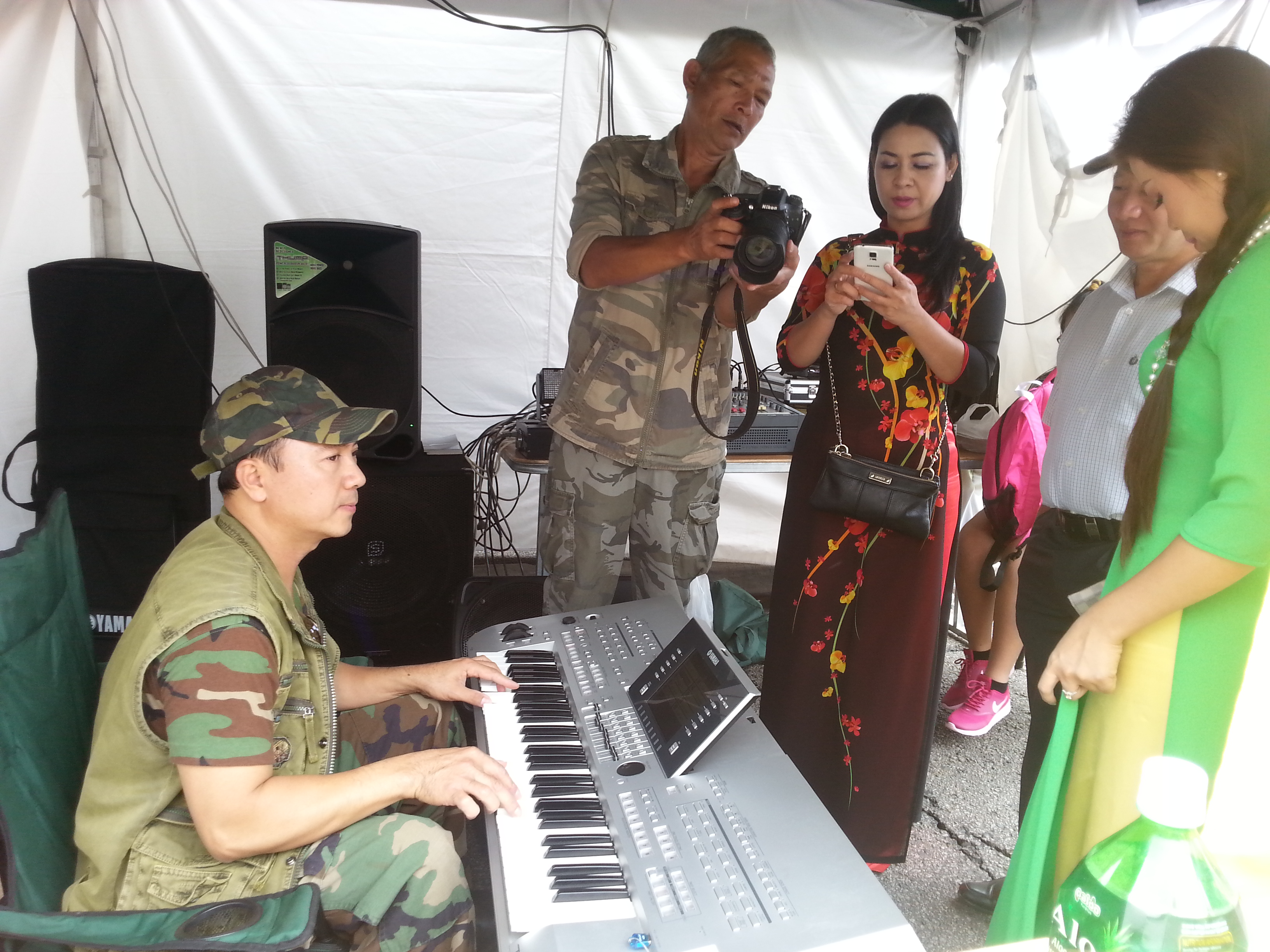 Then further along the road I was stopped in my tracks to see a group of people at a stall fundraising for South Vietnamese veterans. I’d never really thought about these soldiers, many of whom were forced to flee with their families and countrymen (the first boat people) when they were defeated by the Northern Communist Vietnamese after a very long and bloody civil war.

As a child I remember seeing footage of that conflict and feared not only the communist threat but worried whether my Dad would be called up in that vile lottery which decided who would be the next conscripts and Australian soldiers to be called to fight someone elses war. 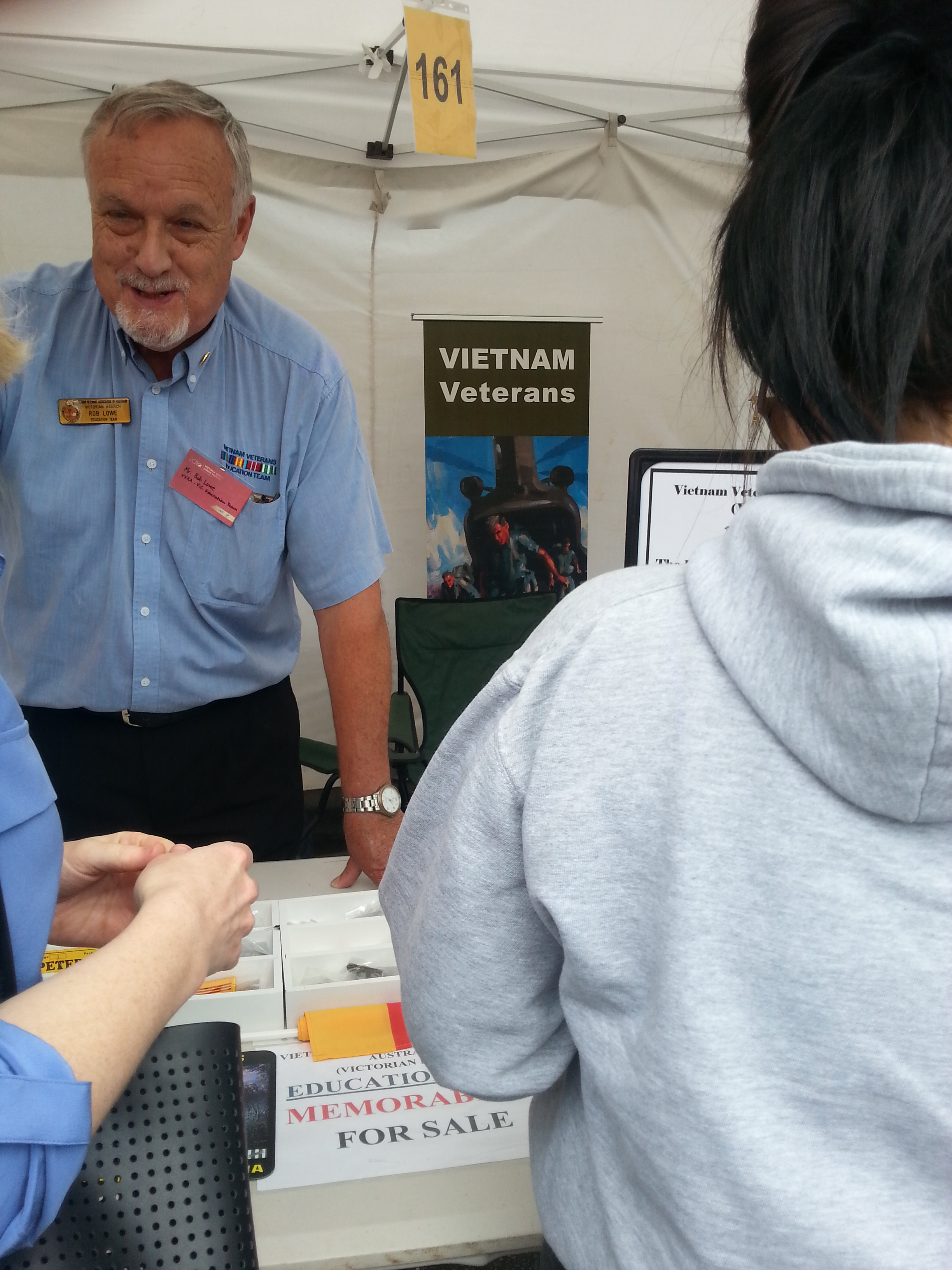 And then not so far along a group of Australian Vietnam vets, fundraising as well and keen to tell of their experiences in this most futile of wars. I am ashamed to think of the appalling reception these soldiers received when they got back to Australia…being booed and blamed for participating in a very unpopular war that they had no choice about being involved in.

I look at the kind and smiling face of this man and wonder what stories he has to tell and am glad that finally we are beginning to listen.

There would be so many stories of terror, of displacement, of dangerous boat trips, of loss. Of thousands of families who were warmly welcomed when they arrived on our shores. Refugees who found work, had children, set up businesses, built homes, educated their kids and wanted the best for their families…people like us.

Next time I go to the Vietnamese restaurant for my favorite soup I would like to find out more about the family who has been cooking it for so many years.

I love the way we can start a conversation, be introduced to a culture, to real people, by sharing in their food.

“Happy New Year” cried out these gorgeous young women, in very broad Aussie accents, as we were leaving…what a lovely ending to this very pleasant day.

And happy Lunar New Year to you too x