I love these ugly rejects. 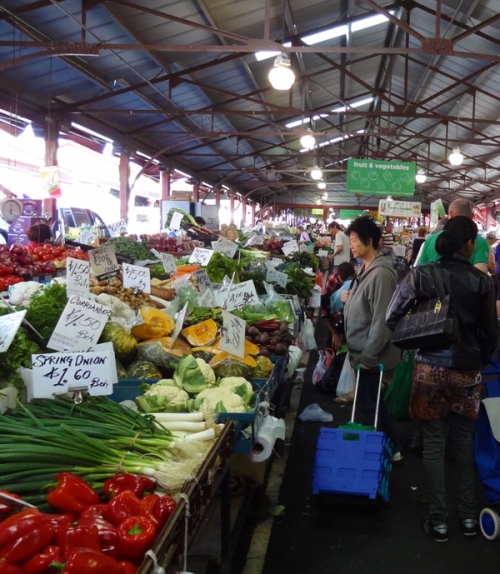 Since giving up work, and attempting to make a living out of writing, I’ve had to be very careful about spending. This week a few fresh vegie staples seemed to jump dramatically in price.
A trip to the Queen Victoria Market on the fringe of Melbournes CBD was in order.

I ventured to the most distant shed, a place of frugalist wonder, and found tables laden with produce at ridiculously cheap prices.
These were not the perfect, plastic wrapped exemplars usually found on the supermarket shelves. What I found were the ugly ducklings of the vegie world, the rejects, and was inspired to turn them into something delicious for tonight’s dinner. 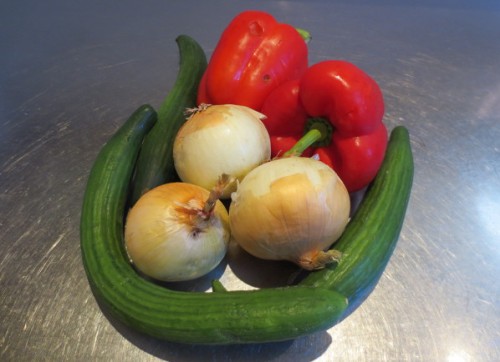 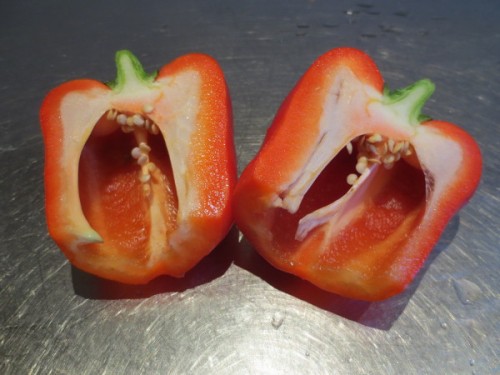 These cheap vegetables were the seconds the supermarkets rejected. The capsicums and onions went into a pasta sauce and the cucumbers became part of the salad.

Now don’t get me wrong, I truly believe the grower should get a fair price for their produce and would never begrudge a cent to these hard working people in rural Australia (growers usually receive less than a quarter of what we pay for produce in the supermarket). What I hate is the waste created when supermarkets demand absolute perfection, and set standards almost impossible for the grower to achieve. So much of the rejected produce is often used for stock feed, but usually there is far too much for the pig farmers to take and sadly the excess is often dumped.

France has decided to something about this and now requires supermarkets to designate an area to sell off the seconds.

In a place like Australia where there are vast distances between grower and seller, and transport costs are high, it might be impossible for the farmer to make any profit on such a venture. Perhaps regional councils could show some initiative and create sites where primary producers could sell direct to their customers, off the back of their trucks, cheaply and in bulk. I have visions of car loads of inner city hipsters venturing into the country side collecting cartons of juicy sweet tomatoes, ready to make their now de rigueur, bottled sauces. Fruit, usually picked green, now  too ripe to be shipped to the cannery or sent to a distribution center, often tossed to the ground to rot.  Or the armies of grey nomads heading out along the highways, caravans laden, swapping stories of the outrageously cheap oranges, almonds or grapes they found in Mildura.

We could take this idea a step further. Some farmers have complained that prices for their produce are so low that some seasons it isn’t worth paying to have their crops picked. I’ve driven past farms where oranges rot on the trees. We city people could be the laborers as well as the buyers, picking and paying by weight.

And then there would be the the home baking produced by farm cooks keen to see these family favorites savored by future generations. And the cook books, the farm-stays, the tours…. Deserted main street of dying country towns could be revitalised by pop-up shops and restaurants. Feeding the almost insatiable demand of tourists wanting the ‘authentic’ regional food experience.

The Councils could offer group insurance deals to the landholders, nervous about risk, much in the same way that artists are covered during ‘open studio’ days. Local government could encourage this kind of value added tourism by taking away all the legal and planning hurdles that usually dissuade this kind of development.

And surely someone could design an app that no modern hunter/gatherer could live without, telling us of these excess hot spots? This app could also include recipes and techniques for pickling and preserving (aren’t fermented foods the new black?).

The whole food tourism thing made real and accessible linking city to country, giving Australians true insight into just where their food comes from.