The most ridiculously easy, and delicious, bread you will ever make!

When I gave up full time work one of the first things I decided to do was learn to make bread. Yeast had been an ingredient I had avoided and quite frankly who the hell had the time to spend waiting around for the thing to rise? If it wasn’t on the table within thirty minutes of flying through the door each night it wasn’t on the menu.

So bread represented more than just learning about how to bake, it represented a change in my life that gave me something I’d never really had before…….time.

I played around and found that a basic ratio of 2 parts flour to 1 part warm water, a level tablespoon (1 sachet) of yeast and a heaped teaspoon of salt, was a good base for all things bready. I made loaves, rolls, baguettes, pizzas, sticks and wafers but was always quite pissed off by the variables that so often gave less than perfect results. Temperature, dryness of flour, under reactive yeast, to name just a few.

That is until a friend told me about a never fail recipe that produced a perfect artisan loaf every time.

She had discovered the recipe of master bread maker Jim Lahey, and an article by Mark Bittman on the New York Times website explained it all.

The recipe was almost identical to mine the only difference was the minuscule amount of yeast used, a mere quarter teaspoon. The other major difference was that the mix was started the night before and required at least a 12 hour rise and absolutely no kneading.

SO REMEMBER TO DO THIS THE NIGHT BEFORE YOU NEED THE BREAD.

In a deep bowl mix all dry ingredients then add water and mix with fingers to form a very wet and sticky dough. Cover the bowl with cling wrap and leave overnight. (No warm place, just leave it on the bench!) 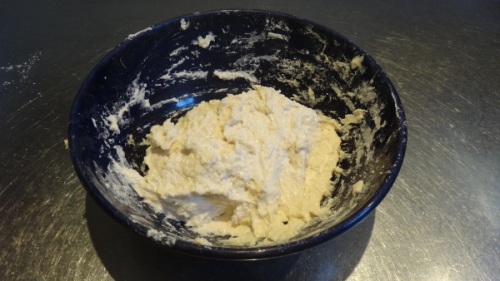 In the morning, or at least twelve hours later, the longer the better. It will be very bubbly and sticky.

Tip the dough onto a floured bench.

then fold it onto itself four times. 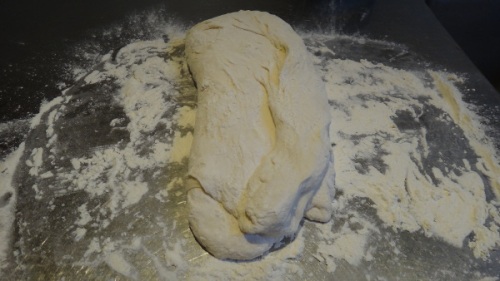 Place the dough, folded side on the bottom, onto a floured long piece of silicon paper, 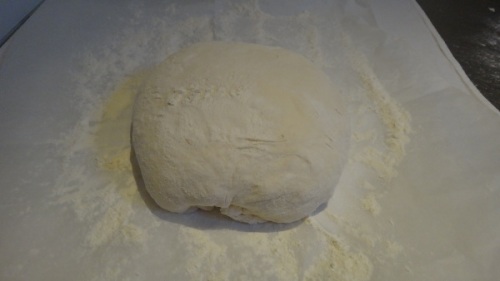 wrap in a tea towel, and cover. 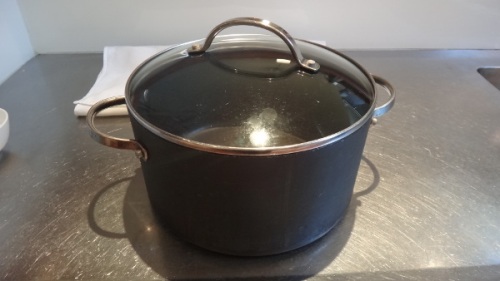 When oven has reached temperature remove hot baking dish and place the dough inside with folded side at the top (that is, flip the dough). Don’t worry if the dough looses its shape, it will correct itself during baking.
Put lid back on, return to oven and bake for about 30 minutes. 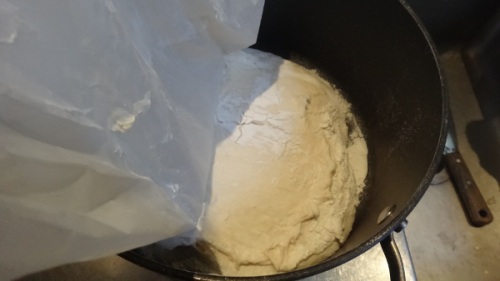 Then remove lid and bake for a further 10 minutes or until crust is a golden brown. 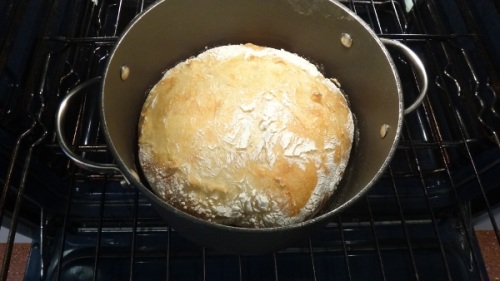 Place on a wire rack and don’t be tempted to cut the loaf until it has fully cooled or the interior will be a bit doughy.

P.S.
I have become quite obsessed with making this bread, made stacks of loaves and have not had a single failure yet.

6 Comments to “The most ridiculously easy, and delicious, bread you will ever make!”