It sounds like such a cliche, but sometimes a trip is not about the destination but the journey…

My editor lives in Adelaide and sometimes we work more efficiently if I actually go over there and have some face to face time. By plane this is a 45 minute trip, by road a rather boring 8 hours. When I was working flying was the only option.
Things have changed. I now have the luxury of time and look at the long trip as a kind of adventure.
I’m happy to drive alone, escaping the busy highways and intentionally following different roads through small towns and out of the way places. On my most recent trip I turned off the Calder Highway and took a rather dog legged route, south west, through places like Donald and Warracknabeal and a host of tiny settlements in between, eventually reaching the Western Highway at Dimboola and on to Adelaide.

An abandoned house on one of the roads caught my eye. It was how I pictured Christina’s farm.
A verandah, two rooms at the front and two out the back. A water tank, a windmill, the odd shed and the ever present bright green peppercorn trees.

A strip of shops in the main street of the town of Donald. 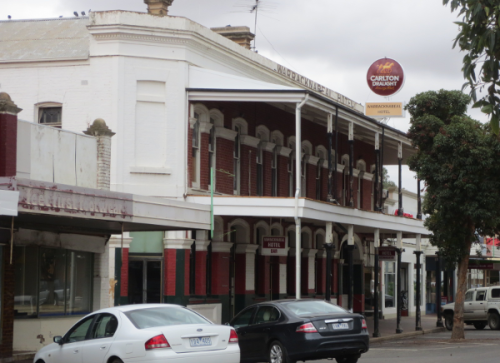 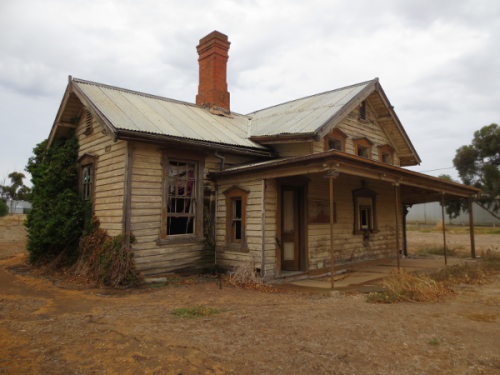 A pretty little building in the town of  Lillimur that was perhaps a shop, the small ticket window at the front suggesting that it might also have been a railway station.
I may never find out, but at least I had the time to stop, take a look around and wonder.

What have you discovered when you’ve taken the time to travel, get off the main roads and have a really good look around?